The recent surge in availability of cheap smartphones and the expansion of mobile networks has meant that many Arabic speaking people, particularly in less affluent, more populous countries like Egypt and Yemen, have skipped computers and moved straight to smart phones and almost universal uptake of social media. In fact, the uprisings of the Arab Spring were largely driven by social media. While the Arab Spring failed to bring freedom, it has changed forever the mindset of Arabs, particularly young people. Young people now realise they can think for themselves instead of being told what to believe. If they can successfully overthrow governments by rejecting narratives and rhetoric fed to them, what other ideas are out there?

This project is a social media page with over 800,000 followers, intentionally run as a way to introduce and help users think about social issues from a perspective of love, compassion, forgiveness and mercy. Local moderators raise and foster discussion around embedded issues such as child marriage, FGM, women’s rights, business integrity, and more. The page seeks to model walking in the way of Jesus without alienating people of other faiths – making it safe and accessible for everyone in the region.

We are seeking to raise $2000 to enable moderators to create engaging content for the page – video clips, word pictures and stories – and to pay the costs of reaching target audiences with this content. 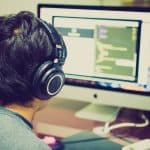 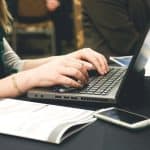